LA is known for its diverse cultural food scene. The diversity and quality of the food available in LA has given the city a reputation for being one of the best food cities in North America. There are many reasons why LA has become a huge mecca for street food, besides being known as a hotbed of culinary activity, LA also has a lot of great neighborhoods that have their own distinct identities and specialties.

What are the Best Street Food Places in Los Angeles?

Since Los Angeles and the US is such a culture melting pot, it’s no surprise that there are a lot of different types of food available in the city. This includes street food, which is one of the most popular types of food in LA. There are many great places to get great tasting street food in LA and here are some suggestions for you to try if you’re visiting the city.

Corn Man, also known as Timoteo Flor de Nopal, is a place that people talk about endlessly. He and his son arrive at their usual street around eleven in the evening, and stay until it’s late at night to serve up the best food in town to the hungry customers. His throne is a tiny pushcart that sits on the side of the road in Lincoln Heights, and his customers line up at all hours to get a taste of his fine food. On some weekends, it takes more than an hour for people to line up outside the Corn Man’s cart.

Corn Man serves a generous amount of butter, mayonnaise, crumbly cheese, lime and chili on each of his freshly roasted corn cobs. It’s possible to find a similar mix of salt, fat, acid, sweetness and heat in other parts of Los Angeles, but the Corn Man’s three decades of experience and devoted fans set him apart. Corn Man has been in business for 30 years. That experience shows in every cob that he neatly and quickly covers with a squirt of lime juice from a squeeze bottle.

The most famous food truck in Los Angeles is Mariscos Jalisco, a truck that specializes in making authentic, deep-fried seafood tacos. The owner is a local man named Raul Ortega, who hails from San Juan de los Lagos, in Jalisco. It’s a long-running old-school taco truck and one of the best restaurants in the city. Mariscos Jalisco is famous for deep-fried shrimp tacos, but it also serves ceviches and tostadas that are cooked to the point that they’ll kill you. In fact, everything about their food is delicious.

Definitely worth the wait. Their famous tacos are amazing! Fresh and flavorful shrimp are placed in a corn tortilla and fried until golden brown. You’ll want to save room for one of their famous tostadas. One of their signature dishes is the Poseidon. It’s a delicious mix of fresh shrimp, ceviche and even a giant, hot sauce topped with fiery red aguachiles. Keep in mind that they operate on a cash only basis; no cards!.

Two women who used to live in Ubud, Bali are now serving up delicious traditional Balinese food from the front yard of their suburban home. The most popular item is a dish called bungkus, which are delicious rice cakes that are wrapped in a deliciously sweet banana leaf and served alongside sides. They are best enjoyed with a side of coconut-cooked spinach or with a piece of grilled fish or chicken. Add some hot sauce and some fresh cilantro to finish the dish.

Their food smells fantastic, and everyone can smell the aroma of fresh lemongrass. Curries and soybeans prepared with lime and onions are just some of the delicious dishes that the sisters learned from their ibu, or traditional Balinese mother. Weekly specials are announced on Instagram so that you can get your order in time for the weekend. It’s like having your own personal chef, but this is as good as having a Balinese holiday.

Head to this grocery store in Historic Filipinotown for $1 skewers of Filipino meat that you can make yourself and cook on a grill in the store’s parking lot. You can get plenty of pork and chicken at Dollar Hits, but they also have plenty of more unusual cuts of meat, from pigs intestines to glistening chunks of bloody pork. You will need to park in a small parking lot next to a strip mall, so try to park around the corner.

Elvie Chan opened the food truck in 2013 with her sister and other friends. The food costs only a dollar, so come hungry. Dollar Hits became so popular that Elvie and her sisters were able to rent a storefront and expand their business hours to include six nights a week. This place makes you feel like you’re at a good old-fashioned backyard party. Drink up some fresh guava juice while you’re there — they give you free refills if you do that. It costs only a buck to get a cup of fresh juice from Dollar Hits.

If you want to sample some of Bangkok’s best street food, stop by LAX-C, a supermarket located outside Chinatown. After you buy all the ramen and fish sauce you need, visit the stall of Mae Ting outside the supermarket. Mae Ting, who once was a singer in Thailand, runs a stall in a parking lot, selling pounded green papaya salad and grilled pork skewers. The stall also sells hot, spicy, herb-flecked sausage links.

But their bestseller is of course the coconut cake. Each cake is made by pouring hot coconut batter into a large mold. The result is a deliciously crunchy cake with a slightly sweet center. Adding things like green onions, candied egg yolks or sweet corn to the coconut cakes will give them more flavor and texture, but the cakes are good enough as is. 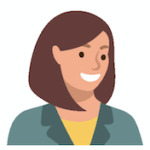