You may know that Los Angeles is the second largest city in California and its population is 3.9 million as of 2022, but you probably don’t know that it also has many immigrant communities. One of these communities is the Cuban community, which consists mostly of Spanish-speaking people from Cuba and their descendants. Today, Cuban culture has started to spread around the world, especially in places where large Spanish-speaking communities are found like Miami or Chicago.

As such, Cuban restaurants have popped up left and right throughout the years. Those who are curious about Cuban culture can now find a Cuban restaurant and experience authentic Cuban food in LA.

What are the Best Cuban Restaurants in Los Angeles?

El Cochinto literally means little pig, and that gives you some clues as to what to order when you head down to this Silver Lake institution. Lechon asado is a main star in their menu, which is basically roast pork and comes with some black beans and white rice. They also offer tostones, which are those unripe plantains that are fried to perfection and then fried again. These tostones come out looking golden and crispy. They are among the best in town.

El Cochinto was awarded the top honor of best Cuban sandwich in the world, which is pretty special. When you slip inside this cute little restaurant, you can put the place to the test yourself. Although the space got a fresh, modern makeover recently, the same family has been running this place for 30 years. If you get a Cuban sandwich or a paella, you can enjoy a cup of coffee or a selection of fine wines from a small winery.

Luis Montes de Oca comes from Santa Clara, Cuba, which is near the tip of the peninsula. Luis’s father opened the first Versailles restaurant in Los Angeles, but his business failed to survive. His sons continue the great cooking tradition at this great restaurant in the South Bay with lechon asado that is as tender and juicy as it gets, with plenty of mojo and onions on top. Make sure to order that and a fried egg accompanied with a side of rabo encendido.

With a full bar and live music every weekend, Havana Mania is always a good place to be. You get a lot of vegetables with your Cuban-Chinese fried rice, but you can add more ham, pork, chicken, beef, shrimp, and even maduros. Order some fried plantains as an appetizer and wait to eat the rest of the meal. 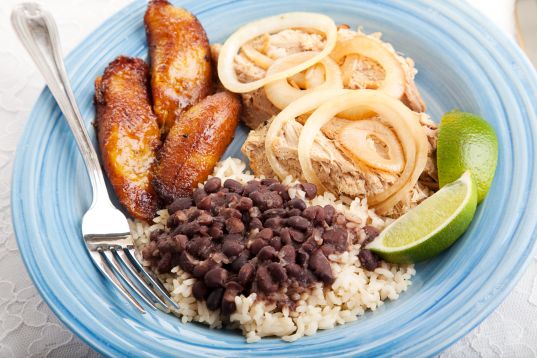 La Cubana’s dining room is fairly basic, but what comes out of its kitchen is what matters. It’s all about preparing classic Cuban dishes well enough that they can inspire a loyal following. La Cubana’s decor can be a bit austere, but there is a fairly impressive espresso machine and some very nice pictures on the wall. You’ll want to try the spicy oxtail stew that’s served there; it’s one of the best dishes at this institution. Cassavas with garlic sauce are delicious as a side dish, and you can get some great toasted Cuban bread to soak up the meat and sauce. You can get a Cuban pot roast here if you’re looking for something to share with your family.

The desserts here are sweet and remind you why Cuba is famous for sugarcane. The sweet, syrupy guava shells and even more syrupy coconut flakes are accompanied by a small slab of creamy white cheese to help cut through the sweetness.

The owner, Rosa Porto, loved sweet baked goods her mother made in her native Spain. She had a love for the traditional Spanish style pastries that her mother made and had made while she was living in Cuba. She decided to leave Cuba after the revolution, and after losing her job, began selling pastries and other baked goods from her home to her neighbors and friends. The business soon gained a strong reputation.

Rosa and her husband Raul decided to emigrate to the United States, where they opened their first shop in Echo Park. Since 1976, Porto’s has become a real business empire with five locations around the coast and the Porto’s kids managing the business. They started serving more savory food to go with their pastry and cake menus.

It’s hard to beat the fresh fish – especially if you order them long and thin and with a side of garlic sauce. The really amazing things about these little Cuban pastries are the many layers they are made of, and the fillings are made of guava or guava cream, or cream cheese and guava. Their Cuban sandwiches are very cheap, and the ropa vieja sandwich is one of the best bargains in town. Always expect to wait in line. It can take some time to get the food you want, but the lines move quickly.

At the Mambo’s Cafe, everyone has been treated with kindness and courtesy. You will find authentic Cuban cuisine that is very good and reasonably priced. The all-meat sandwich is also popular here. Their ropa vieja is excellent, and their plantain chips go well alongside the delicious drinks served here on a sunny day.

The brightly painted walls and flooring in this old garage create a nice mood. Maybe it sounds strange, but Mambos makes tostones that are filled with plenty of shrimp and pico de gallo. This is a wonderful fusion dish that is both delicious and healthy.

Try their huge portion of the succulent pork tamale, but it’s a risk because it’s so filling. If you’re a light eater, try the other dishes instead. Go instead for the picadillo, a boiled dish of beef cooked in tomato sauce with onions and olives. The lechon asado is grilled until it’s very crispy, then topped with a thick, garlicky sauce. 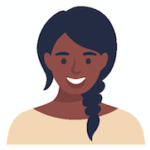